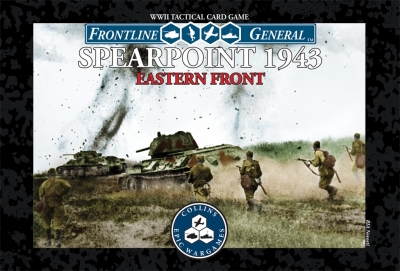 The third game in the Spearpoint line is set in 1943 along the Eastern Front covering battles between Russian and German Units. A deck-construction mechanic ensures that every game is unique. 12 Historically-inspired scenarios walk players through various battles that occurred in 1943 including Operation Zitadelle. Spearpoint 1943 Eastern Front is the ultimate Wargame Filler!