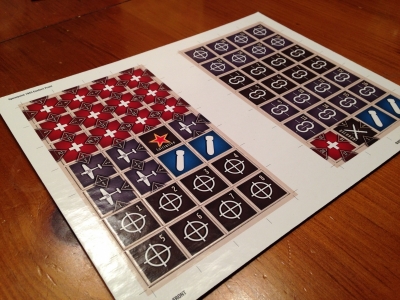 The fourth game in the Spearpoint line is a Heavy Weapons expansion for Spearpoint 1943 Eastern Front. Add an impressive array of new heavy weapons and support equipment to your Reserves Deck with this expansion.